If you did, I’d bet my bottom dollar you look back on that time period fondly. If you didn’t, let me paint a picture for you.

It’s 2003. The World Poker Tour just came out on television the year before, triggering an increased interest in poker (especially No Limit Hold’em). Then, an accountant named Chris Moneymaker won the World Series of Poker Main Event for $2,500,000.

All of the sudden, everyone and their mother wants to play poker. The size of the online poker player pool more than doubled every year until 2006, with heaps of new/inexperienced players trying their luck on the virtual felt.

Today I want to focus on one infamous player from the boom years, known to me only by his screen name. I came across tuff_fish on YouTube when I first started playing poker in 2008.

The first thing I noticed was his deep, raspy voice — probably in his 40s or 50s. I also noticed some weird numbers next to each player on his table, which I later learned were player statistics (also known as a HUD). That was cutting-edge software at the time! What is this digital sorcery?

As I watched video after video, I was blown away at tuff_fish’s mid-hand pessimism. Unless he was holding exactly the nuts, he always seemed to assume his opponents had him beat, though that didn’t always stop him from clicking call.

But what really stuck out was tuff_fish’s tilt-driven commentary as he dusted stack after stack. The guy cursed like a drunk sailor, or like Daniel Negreanu playing a $600 tournament.

Without further ado, here are 3 of my favorite tuff_fish hands.

*Warning: Not safe for work/children. There is a fair bit of cursing in these videos!*

Watch the hand here, I’ll recap it below the video:

The turn is the 9♥ and tuff_fish immediately* checks back when checked to. “Okay, I’m gonna take my free card!”

*This may have been the fastest check back in the history of poker.

His opponent does indeed call with an ace (A♠ T♣), but tuff_fish gets confused when the pot doesn’t go his way. After a couple of seconds…

“Oh, daggum…I didn’t see the board was paired! God, what a freakin’ moron.”

Note: Want to know exactly how to play every hand in every common preflop situation? Get instant access to extensive preflop charts and lessons (for cash games, heads-up and tournaments) when you join the Upswing Lab training course. Lock your seat now!

Tuff_fish’s commentary throughout this hand is an amazing example of his mid-hand pessimism.

The UTG player limps and tuff_fish raises to $20 from the cutoff with Q♠ J♦. The button and UTG call. “

The flop comes A♦ Q♦ 6♦. “We certainly would like to see a king of diamonds come out here” says tuff_fish as he checks and calls a tiny bet ($11 into $63) made by the button.

Tuff_fish does eventually call the tiny bet and the turn 8♦ gives him the second nuts. He checks and the button bets $30 into $85. Tuff_fish calls while ranting:

“What else could he have? Would he be doing this with the 10 of diamonds? I’ll stay with this just in case he’s being silly.”

The river 7♣ completes the board. Tuff_fish still holds the second nuts, stating:

“If he bets anywhere near pot, I’ve gotta give this up. He’s not gonna do that if he doesn’t have the king of diamonds.”

The button settles on a bet much smaller than pot, $70 into $145. Then tuff_fish appears to have a change of heart about his previous comment.

(Note that if his opponent did have the king of diamonds 50% or even 66% of the time, this would still be a profitable call. That’s pot odds, folks.)

The adult language gets taken to the next level in this one. You’ve been warned.

Tuff_fish defends his big blind versus a cutoff raise with 3♠ 3♥.

The river is the A♠ and, despite the innocuous turn action, tuff_fish is already steaming at the mere possibility of a flush. The full quote is too long and too amazing to type. Go listen to it (in headphones and nowhere near children or your grandma).

Tuff_fish starts the recording on the flop with K♠ T♥ on a T♦ 7♣ 4♣ flop. His opponent is EmpireMaker2 on the button.

EmpireMaker2 responds to the $950 re-raise with an all-in. Tuff_fish calls, saying “if he’s Ace-Ten he’s got it, what can I say?” The board runs out with the hole cards still face down…

Tuff_fish after the river, before the cards are revealed: “oh if he got the club, I am gonna be so pissed.”

The flop Q♦ 4♥ 2♣ checks through. But tuff_fish perks up at the 9♥ turn. “Oh, Empire, you have just screwed yourself up if you get in here.”

“He was probably a better than average player at the time.”

Believe it or not, tuff_fish was actually relatively good by mid-2000s standards.

He recorded these videos to post on CardRunners (the Upswing Poker of its day) so he could get feedback and improve his game. CardRunners founder Taylor Caby went so far as to say that “he was probably a better than average player at that time.”

These videos really encapsulate what online poker was like during the boom years, which is why I was eager to share them with you…

…plus, they’re so ****sucking entertaining.

Note: Want to crush your poker competition like its 2005? Take your game to the next level when you join the Upswing Lab training course. Learn more now! 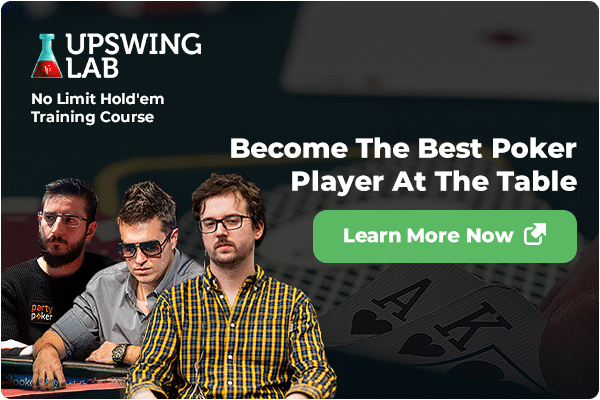